So is this Nefertiti? 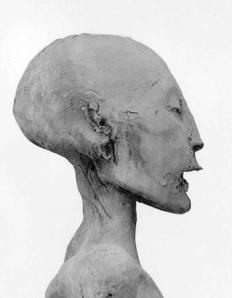 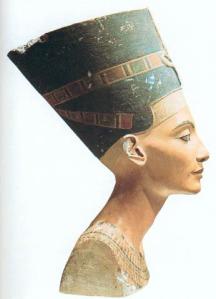 This debate saw mummy hair specialist Joann Fletcher booted out of Egypt for embarrassing Dr Hawass. Personally, I think it could be. It’s got the double pierced ear, long neck, and slight indent from wearing that very tight crown all the time. The body appears to have been vandalised near the time of it’s burial, and it’s in quite a mess from the neck down. Maybe someone should do a reconstruction via x-rays to see how she matches up.

This entry was posted in Uncategorized and tagged Ancient Egypt, Nefertiti. Bookmark the permalink.

4 responses to “So is this Nefertiti?”